Jazz and James deconstruct Ron Unz' "The Political Bankruptcy of American White Nationalism", its obvious omissions, along with many of the same subtle patterns we've observed elsewhere, and how it will fit neatly with the narratives already being prepped for a post-Trump postmortem on the state of American conservatism. Bias confirmation abounds as the Ronald Reagan Foundation issued a cease and desist to the Trump campaign and RNC for using Rayguns's likeness to promote Trump's re-election, just as Bill Barr erased Jeff Sessions' correctly argued DACA memo from the DOJ record in an effort to "wipe the slate clean". In the second half, it's a deep-dive into the Hindu fake nationalism of Narendra Modi and why India - and Indians themselves - have been chosen as the next big trick. If it's Thursday, it's FTN! 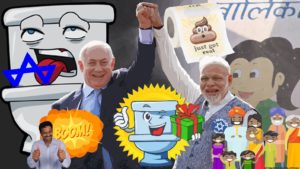 Homosexuality is pretty common in India – not the Western LGBT ideology but pretty common “down low” accepted, similar to Muslims.

I had a coworker who had to go to India to train Indians and he was convinced everyone in the India office was gay.

Definitely an exaggeration but Indians don’t have an anti-homo feeling like the West does.

LGBT stuff being imported into India is another matter; will be interesting to see how that rolls out.

“The butchering of pronunciations is going to come hot and heavy today.”

LOL! As IF!
Who do you think you are? STRIKER?!