Jazz, James, and Borzoi dig deep in part two of the life and legacy of one of America's most astroturfed founding fathers, Alexander Hamilton. Little is known about Hamilton's early life, which is odd considering his prominent role framer of the U.S. Constitution, first Secretary of the Treasury, creator of the nation's first national bank, the architect of the inherently corrupt system of debt-financed capitalism we are saddled with today, chief author of The Federalist Papers, master of media manipulation, election meddler, and almost but never actually President of the United States. Rest assured, we thoroughly smash that early life in order to fully understand the identity of the man himself; who he is, where he comes from, what shaped his worldview, and ultimately, in turn, how he shaped the world itself. Only once one fully understands Hamilton from those perspectives, do the trajectory and context of subsequent historical events, from war to immigration and from finance to foreign policy, become crystal clear. 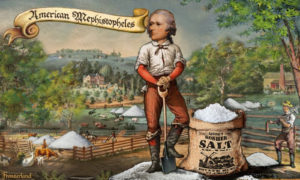 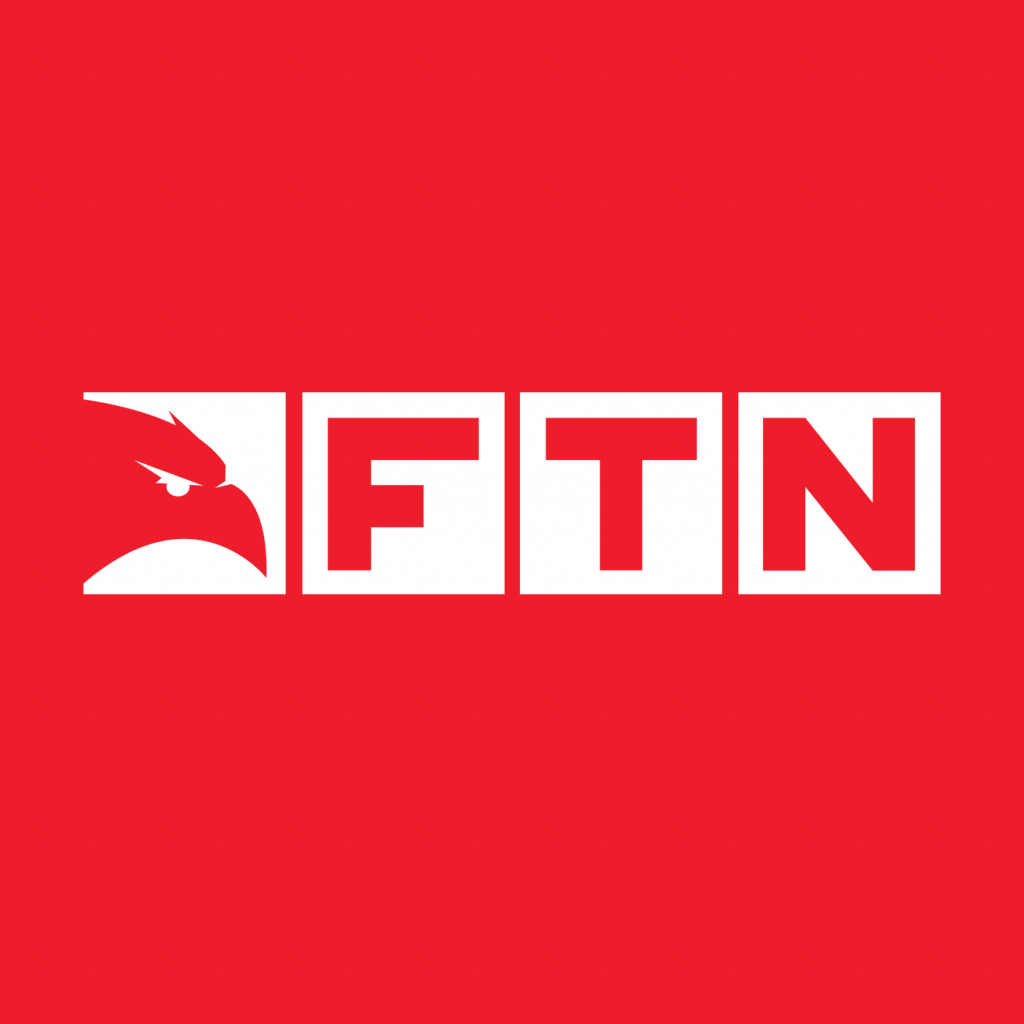 The first time I read about the, shall we say, self-interested behavior of the founders was in Jim Goad’s book Redneck Manifesto:
https://www.goodreads.com/en/book/show/81201.The_Redneck_Manifesto

This two-part series was a revelation for me. Lots to absorb. Thank you for your excellent research. Do you have this downloaded in readable format? Would love to read it also. I think personally I digest content better by reading

Really enjoyed this. I’ll definitely be giving it another listen.

No joke – I listened to it at work and when I got home my son was asking me who the man on the $10 bill is.

Hard hitting program.
It’s the Current Decade!
Pro-Whites march in protest of a Hamilton statue and antifa fhags riot to keep it up.

Hamilton is right about show of force.

When Jazzhands mentioned robots…has anyone played Fallout 4. The Engineers are clearly Jews. The Brotherhood are Fascists. The Minutemen grug Cuthervatives. And the Railroad liberal retards. The Minutemen have a based black guy as their leader. The Engineers have a KGB esque security arm and control Diamond City because it’s mayor is (((controlled))).

Frontierland does all this artwork? I really love the artwork on this show!

Frontierland does the midweek art. On the weekend is when you get to see Kyle’s handiwork.

Did Kyle draw your Avatar?

Hat’s off to Frontierland! It’s a great Avatar!

Luciano and Lansky
America and Israel
George and Hamilton

Thanks again for another great show you unrelenting and unbowed American Sons!!!

“In the world’s broad field of battle,
In the bivouac of Life,
Be not like dumb, driven cattle!
Be a hero in the Strife!”
– Longfellow

I like the use of these Roman names by the founders.

Great job gentlemen,
You are skilled, knowledgeable and your passion shows in the amazing quality of your work.
You are all greatly appreciated.
Thank you all.

Beautiful stuff guys, thank you for all your hard work.

I was struck at one point with this image: Larry David’s character in “Curb Your Enthusiasm” – he takes it personally, takes things too far, never lets go of a personal slight, alienates his allies and manipulates his allies….. it’s the classic Peter Shlemiel!

The most disappointing thing I learned here was how much the founders let this little fucker get away with.

I’ve come to the conclusion from listening to these deep-dives that from the point of view of the founders the whole point of independence was to create a place for them to get away with their bullshit.

Absolutely, and it’s worse than any former NRx people thought: these Federalists were basically (perceived as) Tories. Remember the complaint about Hamilton was he was trying to institute an American monarchy. There’s a grain of truth to that obviously, which means NRx was wrong: the monarchical system was no good either. Now OK one might say “yes but a Jacobite system modelled after James II would be far better than a George III cuckarchy” and no doubt that’s true…. but it seems corruption, particularly in the presence of evil aliens with no honour, was a problem in all our systems.… Read more »

Everyone mentions Cromwell letting (((them))) back into England. No one mentions that (((they))) were not kicked out when the monarchy was restored. I simply don’t believe that a later Jacobite restoration would have been any different.

So what would’ve been the better solution? Stay a part of Britain and be a colony?

Yes. Stay with Britain and help reform it from the inside. Since a lot of the best British blood went to the colonies, and since the land area of the thirteen colonies was so much bigger than that of the British Isles, it wouldn’t have been hard to do. Britain wasn’t even that bad it was considerably less Jewwed than France and Austria, the other major powers at the time.

Looking at the American Revolution in black and white is a mistake. We spent thirty minutes in part one explaining that yes, many of those involved in the Revolution had subversive intentions, but far from all of them. Many of them saw the potential for the United States as a confederacy free from the trappings of monarchy, where European people could achieve meaningful self-governance in a way that Europeans had rarely been afforded previously.

Re-listen to American Coup d’Etat and Sellout Nation. The Constitution stripped power from states & the polity that had been given to them in the Articles of Confederation, and subversive founders (like Hamilton) ensured that popular democracy would be restricted in favor of small-r “republican” oligarchy.

I think a better way of putting it is that Hamilton was solely interested in oligarchy rather than small-‘r’ republicanism, which is a perfectly viable form of government, when done properly and at the right scale.

Something we agree on. Restricted dictatorship based on work and military service is the way forward

I do not believe the American Revolution was a mistake. Only around 60%, excluding slaves, of colonists were English & Welsh as of 1775. There were Scots-Irish, Germans, Danes, Swedes, etc. America had the potential to be a nation of European amalgam settling the vast, resource-rich, and beautiful North American continent. The people were given power over their own leadership, there was no easily subverted monarch, nor were there central banks. I believe it was originally conceived as such by some. It’s important to note, though, that this very idyllic vision never came to fruition. The project was hijacked from… Read more »

“I do not believe the American Revolution was a mistake….America had the potential to be a nation of European amalgam settling the vast, resource-rich, and beautiful North American continent..”

I wholeheartedly endorse this view.

Hard to say because we have too much hindsight, but I know I have an emotional attachment to the fight for independence since I can trace my Anglo lineage back to an ancestor who fought in the Quebec Campaign. I have an attachment to my settler ancestors.

My only question is what the hell was the alternative? Standing pat and kissing George III’s ASS?!

King George did nothing wrong

Yes he did. It’s just that because he had porphyria he could claim insanity!

The thing is, all those Moldbuggian takes about how the revolution was a terrible idea hinge on us not looking too closely at the merits of the Georgian monarchy. He pulls a switcheroo between 1) The Glorious Revolution was terrible because James was a good boy and did nothing wrong (which I’m still receptive to, call me a cuck by all means) and then 2) Monarchy is good (see point 1 above) therefore those illegitimate foreign pretenders get a free pass and since the revolutionaries were making obviously false claims in the Declaration, we should read Hutchinson as if he… Read more »

“How would America have fared under German King”
You nibbas had a German king, his name was George and he was a pretty cool guy. But y’all didn’t like him for some reason. Probably because you had Jewish and freemason media agitating against him constantly.

Yeah just look at how well Britain and her other colonies have done. Totally judenfrei too.

America’s fault, we were doing fine until America become the world superpower.

Obviously the final nail in the coffin was fighting the wrong enemy in WWII but to pretend things were just dandy before that and to ignore *why* you fought the wrong enemy to begin with is…I can’t think of a polite word for foolish, I apologize. Britain was the operating base for the Jews in the 19th and early 20th centuries, to remain attached to that would have only leant them more power.

No, actually, it isn’t. The British overexpanded and attempted to colonize every single continent in the 1800s under your Jewish PM Disraeli. They overextended themselves and started to lose their white colonies- Canada, New Zealand, Australia- in the mid 1850s, long before the U.S. was a global superpower.

I can’t get the download link to work, anyone else having problems?

What podcatcher are you using?

Have you tried a VPN?

Sorry for this, but I couldn’t resist. Delete if you like:

LOL!!!
FTN don’t you DARE delete this!!! Oryellian you have NOTHING to apologize for! Fu–in HILARIOUS!
I’d COMPLETELY forgotten about this! Your post should have 20 up-boats!

Or maybe I just missed it. Did anyone catch the name of the book?

I think I’ll pass. For some reason I think ol’ Davy is a weensy bit biased!

HOLY SHIT! Jews planted the box-cutters in DC for the full blown hijacking of this country before the Constitution was written… Mind blown. #American***s***First, not #AmericaFirst!

The players for the last episode of TDS still dont work in Brave. Cant download it either.

Use RSS & a podcatcher.

Perfect timing for the morning commute.

5:07 AM: Sleep? Naw, just the Jewish roots of colonial America

Iktfb. Waking up at 430am like clockwork every single day has led me down many a rabbit hole.

Interesting, historical stuff…
The Federalist Papers
The federalist: a collection of essays…

Are you guys going to do Revilo P Oliver after the Founding Fathers?

We will at some point, sure. But not immediately.

“We will at some point, sure.”

Great to hear it!

Great suggestion, he’s one figure I’ve never learned much about despite hearing about frequently. Ezra Pound is another I’d like to see.

Ouch, $32.95 for hardcover, I’ll put it in my wish list at the site I get used books from though. Thanks for adding to my extensive backlog.

Yeah, I deebly regret not picking up a near new version of Churchill’s war for under $5 at a local flea market last year and waiting until I got home to look it up.

If you don’t know it, thriftbooks.com is an excellent resource. I’ve nearly completed the Horus Heresy series, and filled out much of my history library for a fraction of the cost using them, and avoid giving the joo adjacent bezos more money than necessary. One of the few drawbacks to moving rural is no local book shops, but the prices usually make up for the loss.

Thanks I’ll check it out!

And slowly I turned!
In case both of you haven’t seen my list of “alternative” book dealers here it is:
https://barnesreview.org/

Really nice artwork, Frontierland. FTN is getting professional-grade memery for their shows…

Oh GOD! Not you TOO, Kolbadar?!

You are going to send email to
Move Comment