Jazz, James, and Borzoi dig deep in part one of what will be a two part series on the life and legacy of one of America's most astroturfed founding fathers, Alexander Hamilton. Little is known about Hamilton's early life, which is odd considering his prominent role framer of the U.S. Constitution, first Secretary of the Treasury, creator of the nation's first national bank, the architect of the inherently corrupt system of debt-financed capitalism we are saddled with today, chief author of The Federalist Papers, master of media manipulation, election meddler, and almost but never actually President of the United States. Rest assured, we thoroughly smash that early life in order to fully understand the identity of the man himself; who he is, where he comes from, what shaped his worldview, and ultimately, in turn, how he shaped the world itself. Only once one fully understands Hamilton from those perspectives, do the trajectory and context of subsequent historical events, from war to immigration and from finance to foreign policy, become crystal clear. If it's the first day of 2020, it's FTN! 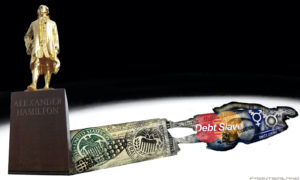 Talkin’ ’bout Jews I just received my copies of all 4 volumes of Henry Ford’s anti-Semitic editorials from the 1920s and Ho-lee Cow! He covers every possible issue concerning our Levantine opponents. Just curious if anyone at FTN has read these and are there any plans to do a nnndeep nnndive on ol’ Hank and the JQ??? I’m sorry to burden you with more work considering The List of 500 you’ve already accumulated but Ford does seem to be one of the most outspoken on this issue in the last century. PS if anyone in the comments has read these… Read more »

What volumes are you referring to specifically? I’m interested in reading them.

“I know there are people that like four hour podcasts…’

True. But I don’t have a problem with splitting them up into two episodes.
I’ve done it myself with Strike and Mike on a couple of occasions.

Coolidge with the pro-semitic remarks

I see what you did there…

“I’ll leave it up to you guys to decide…”

I think Hamilton’s mother was a racial Jew which makes Hamilton genetically half Jewish and considering his upbringing/education I think he identified, even if covertly, as Jewish.

Maybe John meant it as a joke, it’s on its face so absurd. That kind of praise probably embarrasses Jews.

Hey I just wanted to say, I realize this is a special deep dive FTN now. Earlier today I kind of dropped a random video I saw yesterday into the comments that I was really excited about, should be done on BANG! But especially not on a Deep Dive, and then I saw it was censored. Good on whoever did that, makes me look better. I just wanted to say, I get why that was. The video was of Putin’s most recent inauguration. My God, it is tier tier European stuff. Chorus, cannon, palace, Kremlin, United Russia’s elite, the music… Read more »

I was getting kind of a Kushner-Trump/Hamilton-Washington vibe going listening to more of the show today. Maybe that’s not a perfect analogy, but there does seem to be some similarities.
I must have zoned out for a few minutes because Jazzhands was talking about Calvin Coolidge all of a sudden. Guess I gotta’ back up the audio a bit for tomorrow’s listen.
https://i.imgur.com/Oyr6fYa.gif

I made the same analogy, but I think I made it off-air when we were discussing this. It’s an imperfect analogy, but there’s echoes of it.

Can’t wait to wake up and play this at the jobsite, LOUD..

https://www.youtube.com/watch?v=krAEuHcb7Kk
listen to 4:33 Someone clip that

Do not leave messy jobsite. White is the better one.

this Hamilton nigga sounds a lot like that Obama nigga

“In the world’s broad field of battle, In the bivouac of Life. Be not like dumb, driven cattle. Be a hero in the Strife!”

Men, I am damn speechless after listening to this show.

The historical information on these jews hiding out in the Caribbean islands as “merchants” in the wait for (((exploitation))) makes perfect sense regarding these disgusting vultures.