FTN Focus: We the People – An American Coup D’Etat

FTN Focus: We the People - An American Coup D'Etat

McFeels and Ethnarch survey the events which led up to the 13 Colonies making the difficult decision to break away from the mother country, and the one man who did more than anyone else to precipitate the War of American independence; the original form of the independent government of the United States, along with its strengths and weaknesses; how the Philadelphia Constitution we're operating under today came to be, its strengths and weaknesses, and who was in favor of it, and who was against it; and about their motivations, and who benefited the most from the adoption of the Philadelphia Convention, and how. 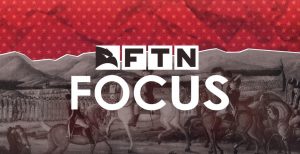 All content Copyright © My Token LLC, 2022.
All rights reserved.