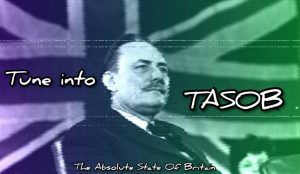 The man in question:

This man "Peter green"/Ben van der Merwe who work for HopeNotHate infiltrated @GID_England because he hates people exposing the truth about #TheGreatReplacement. GI repudiate any talk of Jewish power but in his video expose, it's the first thing out of Ben's mouth. "I'm Jewish" pic.twitter.com/QNLUa1ekKP

Yuro's appearance on the Third Rail: