The Poz Button – A River Runs Through It

The Poz Button - A River Runs Through It

DK and DE discuss Montana, fishing, America, and Protestantism in the film A River Runs Through It in this apparently cursed episode of the Poz Button. I guess Borzoi was there too, kinda. 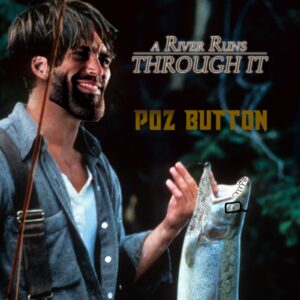 Upcoming Episodes (in general but not exact order):

Leviathan and Its Enemies by Sam Francis for Hyperpodcastism

Apologies to people who donated for episodes for how long these took, but I will get these out before I do any other content.

Do they know that’s why?

Does DE always talk like he does in this episode?

Next one will be better

I liked the source material of this episode, though. You guys did manage to do it justice.

Tucker Carlson probably got into fly Fishing because of this movie.

In Canada natives are given the same worship that you guys give blacks. Since we don’t have many blacks here besides actual Africans.

Finna listen to this and see what technical details you guys got wrong here I can sperg out on about random shit.

BTW, I redid the roof on the church that Rev Maclean was a pastor or minister at.