Like a good politician Borzoi overpromises and underdelivers with his return, talking about Hitler, democratic politics, mulatto studfarming, and the absolute state of Zoomers in this fake and gay documentary about s-s-s-simulation of politics. Guest starring Louis from NIGR, Nike, and Kegz. 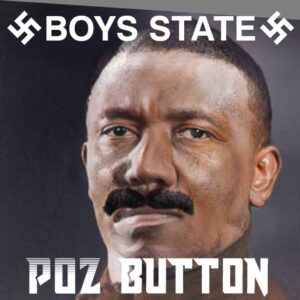 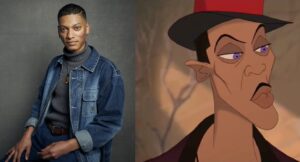 A River Runs Through It

I assume every groyper to be a gay 56% goblino fantasizing of a white republican ethnostate until proven otherwise.

The photo upsets me.

Boys in the Reich

Great to see Poz Button’s return, I had never heard of this documentary nor this thing the American Legion does.

Can you post the links of the mulatto family?

If I haven’t seen it already, I listen to the poz button, and then I decide whether to watch the movie. Videodrome was pretty lit.

All hail the new flesh

I am excited for A River Runs Through It. Not only because its my neck of the woods, but the movie is poignant itself. Maclean never returned home to live. He moved to, and died near Chicago and is buried there.

Legends of the Fall is one of the cornirlest pieces of cheese I’ve ever seen in my life and it has race mixing too.

Race mixing with prairie niggers is a wholesome activity?

Maybe he meant fucking your brothers wife and ditching your family to go on safari adventures with nig nogs and islanders before you marry a goblina. That movie sucks bro.

Didn’t expect this series to come back, good time to see this morning.

I think a good title of the doc would have been “For My American Legionaries.”

Awww, yeah! I know how I’m wasting my morning!

Dad came back from getting cigarettes